Infomedians talk football ahead of the Iron Bowl. 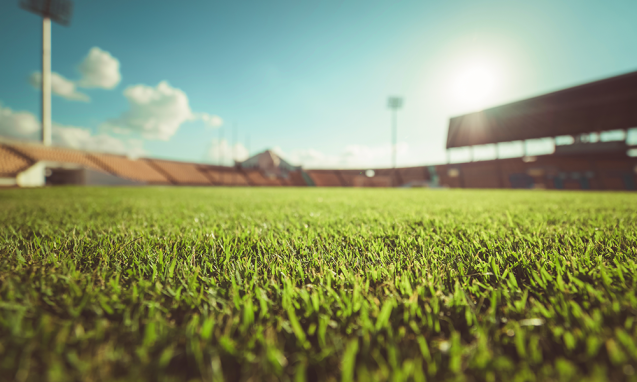 Okay, we know the stereotype: Lots of people think of web developers as geeks in basements rewatching Star Wars over and over — they think we don’t know the first thing about sports. But while we’d never deny our love for Star Wars, the Rebel Alliance versus the Empire isn’t the only rivalry we’re passionate about.

Two of our web developers, Jimmy and Stuckey, are both incredibly talented computer coders. They’re also among our office’s most die-hard football fans, and they manage to work in (relative) peace even though Stuckey’s a staunch Auburn fan, and Jimmy’s a lifelong Alabama fan. So to kick off Iron Bowl week, we asked them to take a break from website development to tell us about their favorite moments of the season. Here’s a transcript of our talk:

Infomedia: How’s this season been for your team?

Jimmy: I’ve got no complaints. (Alabama’s had a strong season)

Stuckey (in mocking voice): “I’ve got no complaints.”

Stuckey: Auburn had a rough start — at first, people were talking about Gus Malzahn getting fired, and we were having quarterback troubles. But then we won six games in a row; it became exciting to watch, and it was validating to beat those teams that were ranked at the time. Our running game has been pretty good. Kamryn Pettway has kind of come out of nowhere. Also, I hate Arkansas and we beat them by like 50 points, so … (Stuckey laughs an evil laugh).

Jimmy: For Alabama, two big games were really telling — our comeback against Ole Miss was an important turning point. And the LSU game, defensively it was impressive, but it was also important for Alabama to come back and put points on the board at the very end — those are two games that really defined this team.

Infomedia: What do you enjoy most about football?

Stuckey: I really miss being in the stadium in general. It was an incredible experience, the electricity of the crowd.

Infomedia: Is it tough for you guys to work side-by-side during football season?

Stuckey: No, we’re gentlemanly. No matter how the games go, we don’t walk in and throw it in the other person’s face at work … we just don’t talk about it.

Jimmy: There’s something to be said for the concept of a rivalry, but there’s such a thing as a healthy one. It’s the mindset of competition — there are people out there who are mean, who cheer when others get hurt. When it comes to Auburn, I want them to lose — I always want them to lose. But I don’t cheer when a player gets hurt.

Stuckey: I don’t care for Tuscaloosa. It is a silly place.

Infomedia: Do you two have plans for the Iron Bowl this weekend?

Stuckey: My parents graduated from Alabama (hangs head), so I’ll watch the game with my wife, Ashley. She’s a big Auburn fan, too.

Jimmy: I’m not going to dignify that with a response.

What’s the difference between a widget and a plugin?