On this Veterans Day, we want to say thank you to those who have fought and sacrificed for our country and our freedom. 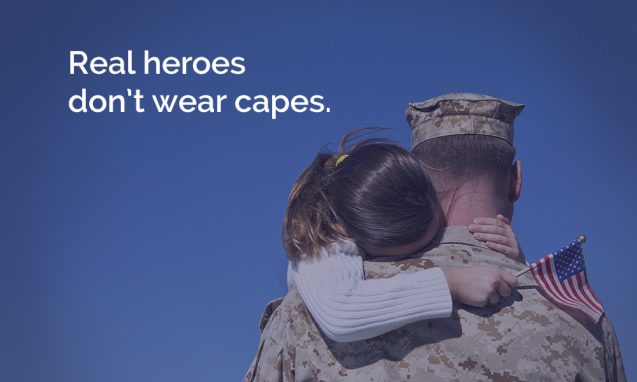 Right in the midst of holiday season sits a holiday that is far less commercialized and fussed over, but a holiday that deserves attention: Veterans Day. For those that have experienced military life or had a family member to serve our country, this holiday is near and dear to our hearts, and for those that haven’t, it’s the hope of veterans that you feel the weight that military service carries for them and their families.

Veterans Day is a holiday that was established in 1919 after an armistice was declared the year before as World War I ended. The day is also known as Armistice Day, but it wasn’t constitutionally declared a holiday until several years later in 1926. While this holiday was originally intended to honor those that fought in WWI, the coming and going of WWII and other American fought wars led to Veterans Day being celebrated and regarded as a day to honor all service men and women of past American wars. Today, the streets will be filled with parades and flags and our patriotism will shine as we honor those who have stood behind enemy lines to stand beside us again at home.

So on this Veterans Day, we want to say thank you! Thank you to all of those who have left their families to travel through dangerous skies to unknown land. Thank you to those who have spent sleepless nights filled with worry and fear of what the next day might bring or even if there would be a next day. Thank you to those who carry heavy burdens of airmen, soldiers, and friends lost in battle. Thank you to those who suffer from PTSD because of the horrifying scenes and sounds they experienced while deployed, but still fight through the day with thankfulness because they survived war and are home with their families. Thank you all of those who wake up every single morning ready to fight no matter what the consequence to protect our country, our freedom, our flag, and our people. And thank you to the husbands, wives, brothers, sisters, moms, dads, sons, and daughters who stand beside and behind their service men and women in support so that we can live and thrive in this great country that stands for freedom.

Happy Veterans Day to all of our veterans!
We love you dearly.