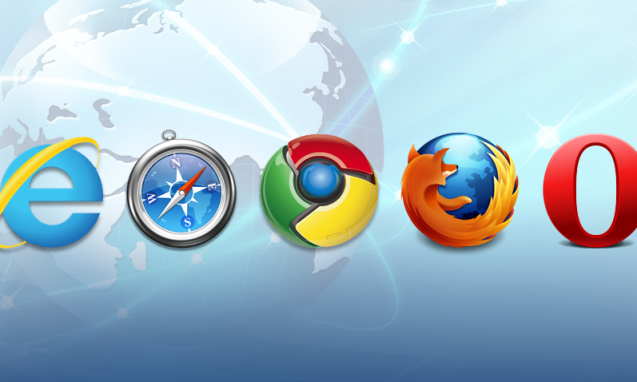 Sometimes the questions are complicated and the answers are simple. – Dr. Suess

Updating your browser may sound simple but some of the most complicated issues we see in Support often have the simplest fixes. All of a sudden, a site looks like it was designed by a moderately-intelligent ape from the 90s, we change one setting, and it’s back to looking pristine. It’s probably not the best idea to simplify one’s job responsibilities so much, but there you go, a peek behind the curtain.

A very common example of this situation is when a site isn’t working properly due to an out of date browser. Adding to the frustration is the fact that we usually aren’t seeing what you’re seeing, which creates a whole host of miscommunications and frustrations. Sometimes we even get so frustrated we use the word twice in the same sentence.

It’s when facing an issue like this that I think back on what my Nana used to say: “If you take enough rides with the devil pretty soon he’s going to drive.” She was really into the devil and I like to keep that one on my heart at all times.

An ounce of prevention is worth a pound of cure. – Nana

However, for this non-driving situation I like to remember her other saying: An ounce of prevention is worth a pound of cure. People are always surprised to find out I’m descended from the person who came up with that phrase. Leave a comment if you want me to autograph this blog post.

The good news about this quick fix is just how quickly fixed it is. Most of today’s popular browsers automatically update themselves and the process rarely takes more than a few minutes, especially if you’re regularly updating. The smaller a change in versions you’re making (e.g. upgrading 4.1.2 to 4.1.3 as opposed to going from 2.0 to 4.0) the less time it will take.

This is especially important since we only support the last 3 versions of each browser. “But wait Blog Guy,” you’re probably saying, “shouldn’t you support the WHOLE internet?!? Why not just change the company name to Infomedia 2.0?!?”

First of all, great idea on the name, and that is definitely what I’ll name my new company if I branch off. If you’re interested in joining me, leave a comment but sign it “Newbert Clienton” so I’ll know.

Second, we only support the most recent versions because this keeps your site looking as clean and modern as possible. A lot of new updates to HTML and CSS only work with new browsers, meaning some of the better stylistic choices for your site won’t work with older browsers. We could design the site to work with those older versions but it’ll be at the expense of looking sleek and fancy.

Internet Explorer hits the end of the Road

Also, Internet Explorer is officially dead, so don’t waste your time updating it. Get a new browser. If you need or want suggestions, leave another comment. I probably should have lead with this but it’s like my Nana always said: Look where it is and you’ll find it.

Tyler belongs to the Coach Eric Taylor school of programming: “Clear Eyes, Full Hearts, Can’t Lose.” That dedication and passion for our clients, plus Tyler’s love of problem solving and teamwork, makes him perfect for us here at Infomedia. At work in his New Bern, North Carolina office, Tyler’s likely to have Podcast Republic on his headphones and a snack of baby carrots and siracha close at hand. When he’s not solving client problems, Tyler’s probably catching up on classics like Tommy Boy, Star Wars, Back to the Future, Indian Jones or The Simpsons. He loves hanging out with his wife, Natalie, their cat, Wilhelmina, and their dogs, Bo and Holly.

What are RAW and HEIC images?