What we've always referred to as the PC is dead. The future of the web is everywhere and all around us, in devices both small and large. 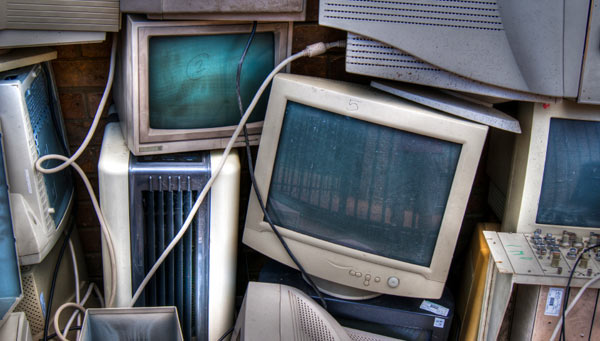 I’ve been making websites for desktop computers for 13 years now. And It crossed my mind recently that, based on a little rough math, I’ve created well over 500 unique designs. In hindsight, they weren’t always pretty. But much of that was because web design was still in its infancy when I started–no web fonts, no css, and no jquery, just a bunch of awful tables and spacer gifs. Life was honestly pretty rough if you had any expectation of creating great design for the web environment.

It was the wild west–an era when eager young design students trained for the print medium were thrown into dark programming dungeons and asked to create something that made visual sense of out piles and piles of code. There were no standards and no concrete expectations. Everyone was winging it, and yet somehow we all got by.

The foundation of these pursuits was always the desktop display. And before low-cost LCDs put a widescreen monitor on every corner, this often meant tailoring our designs to whatever monitor size our clients had at their office. Sure there were some general baselines, but as CRT resolutions scaled up every few years, so did those baselines–inching up like toes in cold water from 640, to 700, to 760, to 840, to 900, and finally 960. These baseline changes always resulted in an interim period where old designs looked suddenly out of place, adapting oddly to the newfound space. With every new, slightly larger monitor, the web became a different-looking place.

It’s strange to think back on that era now. The web we know today has looked pretty much the same for the better part of a decade. With the proliferation of desktop LCDs, resolution baselines equalized and the general architecture and expectations of the web became pretty dependable. For the first time, designing for the web became a known thing. And with the desktop paradigm settled into maturity and design deliverables standardized based on a +960-pixel display, designers finally got the chance to work the same terrain long enough to start to get really good at it.

And then the web fit in your pocket.

The iPhone changed everything. It was elegant, it was simple to use, and most importantly, it was with you everywhere. Its geolocation, on-device camera, and touch interactions fundamentally changed the way we use the web. The internet became our phone, our alarm clock, our wayfinder, and our weatherman. We checked Facebook and email relentlessly, we played games all day long, and we Tweeted at our friends instead of texting them. The iPhone revolutionized bathroom reading, couch time, and dining alone. It meant that the quality of conversation could always be judged by how many times you had to look something up on Wikipedia. The internet was everywhere and it was always on. And over time, the trusty desktop computer (and even the laptop) became a lonely relic collecting dust in the corner.

The web on the go

Initial thinking on mobile users was that they were distracted and on-the-go, catching up on email while they waited in checkout lines, hunting store hours on their way home from work, or passing time scrolling through Facebook during long-winded client meetings. But this thinking has been turned on its head, with data showing that more and more users choose non-desktop computers as their primary internet devices. According to the Pew Research Institute, 28% of smartphone internet users say that they use their mobile phone for most of their online activity. And recent Sales data suggests this number will keep climbing.

But Why? An easy answer would be convenience. With a computer in your pocket at all times, it just doesn’t make a lot of sense to get up, fire up the desktop, and sit in a stationary place in order to use the internet. Bring tablet computers into the picture, and even the laptop starts to seem like a hassle.

But an even deeper reason for this shift was posited recently by Jeff Atwood:

“I’m not sure that many people in the world truly need a general purpose computer that can do anything and install any kind of software. Simply meeting the core needs of browsing the web and email and maybe a few other basic things covers a lot of people.”

We live in an age where a phone can cover the Internet needs of most people. And while most people can’t afford the latest Macbook Pro, they can afford an iPhone, Android, or tablet. And on those devices, they can do everything they were ever going to do with a laptop anyway. And they can do it anywhere and all the time.

Computers started as word processors and evolved into entertainment devices. And for most people, they’re now used strictly as the latter. Who really needs a word processor for home use? Who really uses PowerPoint from their couch? When I think of things I want to use a computer for that my phone or tablet can’t handle, the list is very small. Certain specialties will require professional-level machines, but for the majority that don’t, coming generations will have all of their internet and computing needs met by a device other than what we have traditionally called a computer.

But we’re not just thinking small here. With Apple’s Airplay coming for Mountain Lion and Internet Explorer coming to Xbox, your 50″ flatscreen is about to become a computer too. In the not so distant future (I’m talking next year), the thing we’ve always called “the home computer” will be a tablet or other device mirrored to a television. In short, the computer of the future is everywhere and exists within an amazing range of output devices.

So what does this mean for web design?

Desktop won’t be the baseline

Progressive Enhancement dictates that the web scales up, not down. Most traffic will be on tablets and phones, with the desktop being relegated to the office. This very well could lead to non-desktop users being seen as “real users” with desktop being seen as more of a specialty case–a reversal of current generalizations.

The web will get smaller… and bigger

The web is already on our phones and tablets. But it will also be integrated into our cars, radios, watches, and probably anything else you can imagine. And when we get home, it will be beamed up to our gigantic TVs.

Most people won’t need a computer

What we’ve always referred to as the PC is dead. The personal computer will keep becoming more and more personal–more ingrained in the products that surround us and more a part of every aspect of our lives. And very soon, the web will have no baselines. We will design fluid solutions that adapt to a variety of formats. After all, that’s the way it began. Like things so often tend to do, the web has come full-circle. The first website ever published was responsive, and it’s my guess that most websites moving forward will be as well.

So long, desktop. You were a good, old friend.

Only the Strong Survive: Protect Your Content with Good Passwords

Why does image size matter on websites?