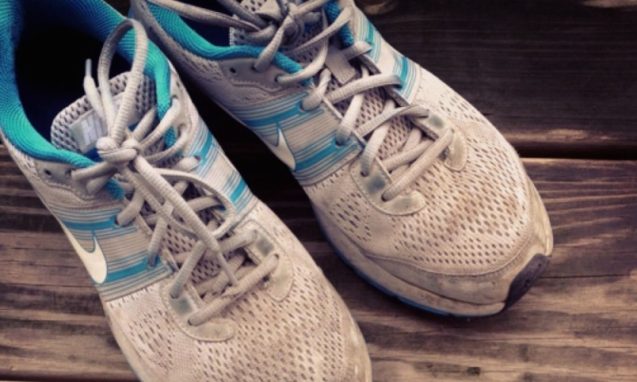 I never thought I’d be a trainer. I’ve had a trainer, and it wasn’t a pleasant experience — Romen* dragged me out of bed at 5 a.m. in the cold to swing around a kettle bell and play a hideous game called All the Stairs in the Neighborhood (FYI, Highland Park has a lot of stairs). I wasn’t interested in being the person who promises to whip you into shape in a ridiculously short amount of time — but Social Media Training Camp changed my mind.

I was asked to speak at the training camp, part of UAB’s Innovations in Wellness seminar, with some of the top social media professionals in Birmingham. I was honored to speak, of course, but I was even more lucky to be able to get great tips and advice from people at the top of our field. Think of them as the all-star social media trainers — and here are a few of the tips they shared at the conference:

Set a Goal and a Schedule: David Griner, Adweek editor

When setting up social media, David says you need a strategy and a plan — and you need to know the difference between the two. A strategy is your overall goal, but it’s the plan, the day-to-day tasks and posts that will guide you where you want to go, that help you accomplish your strategy. With no plan, David says, you waste time and you’re more likely to make mistakes.

Javacia spoke about blogging, the backbone of many social media programs. She gave great advice, including getting on a schedule and sticking to it. Social media doesn’t succeed all at once, and it’s important to keep going, adapting to feedback but still pressing on, even when it seems hopeless. Eventually that blog following will come, but not if you quit every time you get discouraged.

Get Your Reps in: Wes Wyatt, Fox 6 News meteorologist

Wes finds Facebook and Twitter to be excellent tools for connecting with his audience, but he emphasizes that this connection has to be tended to almost constantly. He or his staff respond to every comment and try to answer every question. They stay on top of direct messages as well as public messages, and try to retweet and reward their followers whenever possible. Sometimes Wes varies his frequency — he has a normal mode, a severe weather mode, and an off day/vacation mode — but he never disappears completely.

Hunter acknowledges that much of Avondale Brewery’s social media success has come from piggybacking on established causes and using traditional media. The brewery partners with organizations that they want to help, and those organizations in turn spread the word about Avondale using their social networks. Promotions like Occupy Avondale, a contest where new businesses could win six months of free rent in Avondale, helped get the attention of traditional media like newspapers and broadcast news, giving Avondale Brewery free press and a real competitive advantage.

Matt has the job of making sure the American Heart Association’s many social media accounts and pages stay true to the cause of the association and to a singular message. He emphasizes the importance of having common goals and setting clear expectations to keep your social media team heading toward the same goal.

Stay Active in the Off Season: Nick Dobreff, Birmingham Barons

We all have seasons when our social media is more relevant than others, but it’s important to stay in contact with our followers even when it’s difficult. Nick’s challenge is to keep people interested in a baseball team even when it’s not baseball season, and he does it by staying active on social media, using contests and promotions, and reminding people about the success of the team and the fun they had during the season. He gets material for his posts by looking back to the last season and looking forward to what the future season will hold.

One of my biggest challenges when it comes to social media is to use what works, not what I want to work. Analytics are important, but the feedback we get from users in person is important, too. Sometimes social media doesn’t work the way we want it to, and it’s then that we have to stretch, be creative and adapt our message to what people respond to, even if it’s not exactly the part of our business that we’re eager to promote.

Keep Your Eyes on the Prize: Josh Simpson, Intermark

Josh spoke about media theory and the underlying psychology of marketing. One of his most helpful tips was about finding a noble purpose — the higher calling of whatever it is you’re asking people to connect with. Josh says to be sure you give people a noble purpose, and they’re more likely to follow you.

Thanks again to UAB for having me, and to all these speakers for sharing your knowledge. I loved getting ideas for making my social media even better, and I’m sure conference attendees appreciated the jump-start they got from Training Camp. It was a lot to learn, but it was way better than doing push-ups for Romen at 5:30 in the morning.

* Romen is actually a fantastic trainer (you can find him at Firm Body Boot Camps) and a very nice man … but nobody seems all that nice when they wake you up before dawn to climb up a rope in the middle of a public park on a cold January morning.

What is a brochure site?