Saturday October 17th was the annual North Central Alabama Race for the Cure put on by the Susan G. Komen foundation in honor and support of breast cancer awareness. Every year thousands gather downtown at Linn Park and race around the streets of Birmingham in either a 5k or a mile walk/run dressed from head to toe in pink and team t-shirts. 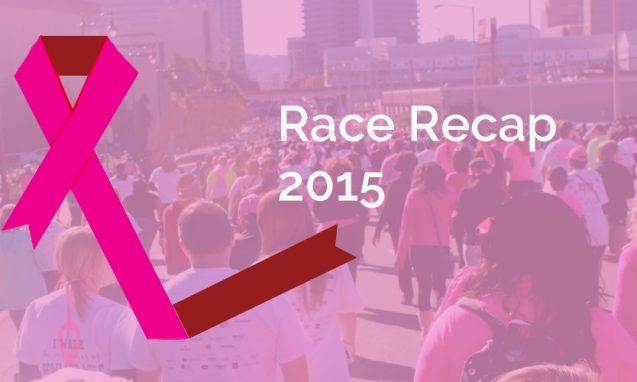 For the past few months, we have been hard at work to raise awareness for breast cancer research. Because October is breast cancer awareness month, we took this as a wonderful opportunity to give back to the our community and change the lives of those we know and love who have been affected by breast cancer while also supporting Valerie, her family, and her mom, who was diagnosed with breast cancer this summer.

Saturday October 17th was the annual North Central Alabama Race for the Cure put on by the Susan G. Komen foundation in honor and support of breast cancer awareness. Every year, thousands gather downtown at Linn Park and race around the streets of Birmingham in either a 5k or a mile walk/run dressed from head to toe in pink and team t-shirts. There are tents set up for those precious survivors that have been diagnosed and have fought hard through surgeries, chemotherapy treatments, and radiation and are brave and courageous enough to share their victories with us. There are celebrations of those who fought and won, those who are still fighting, and there are pink balloons released into the skies in memory of those who are no longer with us but still hold such special places in our hearts. And there is an overwhelming sense of closeness and belonging that overtakes you as you wade through the sea of pink knowing that each and every person there has been touched in one way or another by breast cancer.

So on Saturday, our team of 29 met bright and early in the chilly morning temperatures. We pinned our numbers on our Infomedia t-shirts and filled out pink pieces of paper with the reasons we were racing. We took a team picture, and then we were all set to go!

As the race started, tens of thousands crowded the streets and shuffled shoulder to shoulder until the runners could get far enough ahead to spread things out a little. It was truly an amazing site that just took your breath away to see the longest stretch of the course absolutely covered in people racing for a cure.

For the entire 3.2 miles, we talked and laughed and told stories about life and how we got to where we are now. Many walked hand-in-hand with Mrs. Vicki or with an arm around her, not because she needed the help, but because we love her. At other points in the race, she was ahead of us and telling all of us to hurry up. Soon enough, we had reached the finish line, and Mrs. Vicki had completed 3.2 miles after having her first chemotherapy treatment the Wednesday before. She is truly a testament to bravery and strength and what it means to be a fighter and survivor. We are so very proud of her!

Team Infomedia/Slick Vick’s Super Supporters raised $515 in donations for breast cancer research. Combined with registration fees and all, that’s a grand total of $1,355. We are so proud to be a part of what the Susan G. Komen foundation is doing in Birmingham, AL and on a national level as well. The treatment that Valerie’s mom will be receiving for the next six months is because of all of the fundraising efforts and dedicated researchers that work endlessly to find a cure for breast cancer.

Thank you everyone who contributed, bought a shirt,  and/or gave up their Saturday morning to walk with us!

What is a theme?