We go all out for Halloween. We have a huge contest at work, and the winner gets a cash prize and a trophy to enjoy for a whole year. 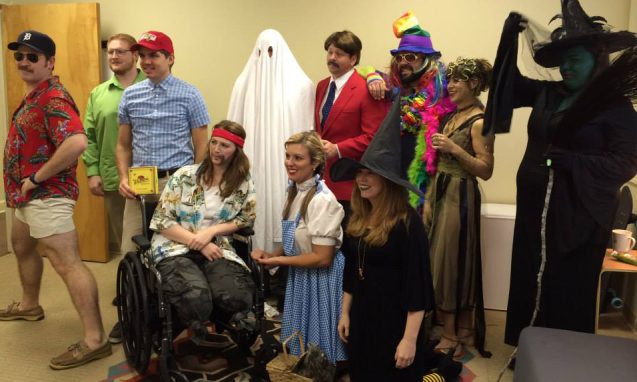 As everyone who deals with Infomedia knows, we don’t do things halfway. That’s true when it comes to our work, and it’s definitely true when it comes to our Halloween costumes. We go all out. We have a huge contest at work, and the winner gets a cash prize and a trophy to enjoy for a whole year. That’s right — a little fake facial hair one day of year gets you bragging rights for the next 365 days. 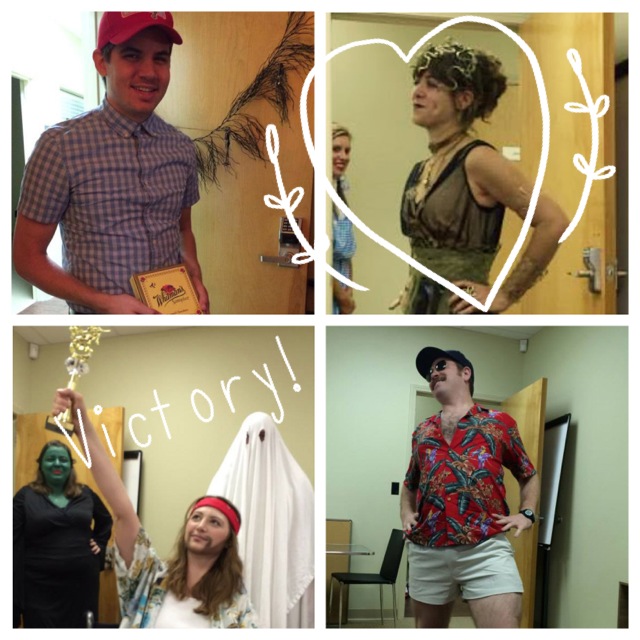 Like any good reality show, we have alliances and lots of secrets. Katey won, as Lt. Dan — it was hilarious and jaw-dropping. She really went all out, with a fake mustache, wheelchair, a lot of attitude, and with Kyle as her Forest Gump. Joy, aka Medusa, grabbed second place with her awesome, detailed costume covered with hand-painted golden snakes. 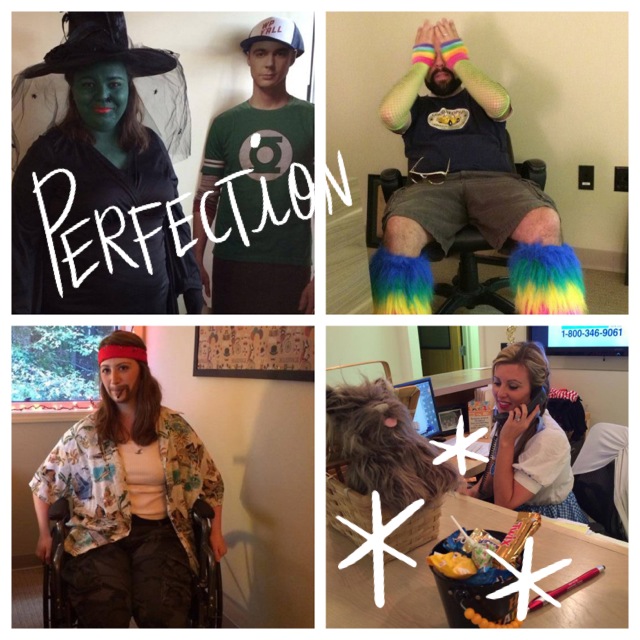 I came as a witch, but I have to admit that Pam totally showed me up with her witch costume, complete with green skin. I mean, that’s commitment. Andy the ghost stayed in character all day, which was impressive. Jamie was a multi-colored … what? I’m still not sure, but it was amazing. And we even had a cute Dorothy in Brandi at the front desk. (Brandi was Pam’s partner, and she came in third place for her “no place like home” inspired costume, complete with Toto in a basket.) We also had plenty of costumes inspired by our favorite TV shows and movies. Check it out:

Stuckey dressed as Magnum PI. It was hilarious! He looked just like him — short shorts and all.

Jerry was Ron Burgundy from Anchorman. He really got into it, and it was pretty funny.

Jonathan was Walter White from Breaking Bad. I don’t watch the show so I didn’t really get it, but I was glad that he added pants to the famous opening scene to keep it a little bit work appropriate.

We had a great time this year, and planning for next year has already begun. The competition is going to be fierce!

Can I use images from Google on my website?