From weeping over the lack of flour-free options at our regular lunch spots to planking in meetings, April was a weird (and healthy) month in the Infomedia offices. 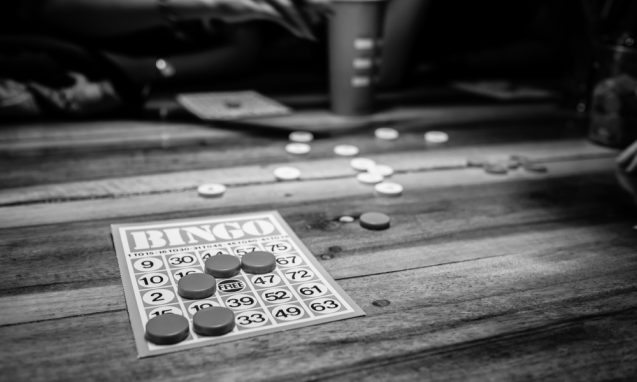 Our annual tradition of office bingo has officially come to a close. For the entire month of April, Infomedia’s employees have been engaged in a bitter battle to be the best at getting healthy. Whether it was eating lunches away from our desks, choosing to destress with 10 minutes of hula hooping or drinking enough water to satisfy a camel, the office has seen its share of healthy habits forming.

The winners (Michael, Amber and Leslie) were announced with great fanfare and cheering, but even those who didn’t take home a tiny trophy gained something from the bingo experience. Here are just a few of the healthy habits that the Infomedia team members learned over the last month: 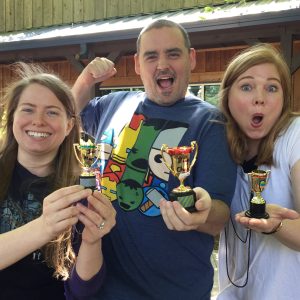 Amber, Designer: Although it was tough at first, Amber found that the more water she drinks the easier it gets to meet her daily hydration goal of 80 ounces. Her least favorite part of bingo was the flour-free day, which made her regular routine of ordering from Taco Casa a struggle.

Leslie, Project Manager: This month helped Leslie realize that she’s not as active as she thought. “I rarely get up 10 times a day from my desk. It was really eye opening.”

Michael, Developer: Michael decided to learn more about the sugar industry and found himself taken aback by their unhealthy practices. Now, he enjoys drinking unsweet tea and Zevia stevia-sweetened soft drinks as his beverages of choice. He has realized that the bingo challenge left him feeling more refreshed and energized, which makes getting up for work each morning even easier.

Carrie, Communications Director: Focusing on visiting the gym made the bingo challenge that much easier for Carrie. Working out, especially with friends, became a regular thing that she hopes to keep doing post-bingo. Carrie struggled with the pick plants option, which encourages participants to eat vegetarian for a day. “I was surprised, because I was vegetarian for over a decade. This made me realize just how much my eating habits have changed, and maybe not for the better.”

Stuckey, Head of Development: Stuckey enjoyed having a specific reason to wake up and destress in the mornings. He found that meal prepping was the hardest thing to do during a busy schedule and that going flour-free was a struggle but totally worth it.

David, Developer: Although he abhorred the 10k step challenge on each bingo card (“Am I going to go home and walk for an hour? Nah!”), David found that focusing on adding more healthy habits instead of on removing vices was the easiest strategy. He would rather prioritize filling his time with physical activities instead of worrying about avoiding things.

Pam, Director of Operations: Forever troubled by a sweet tooth, Pam found the skip sweets challenge for each bingo card to be almost impossible. “I just set my mind to it and went a whole week without sweets. Cold turkey!” Instead, Pam snacked on fruit like watermelon or frozen grapes.