Want the inside scoop on how real Star Wars nerds prepare for watching Rogue One? We've got you covered. 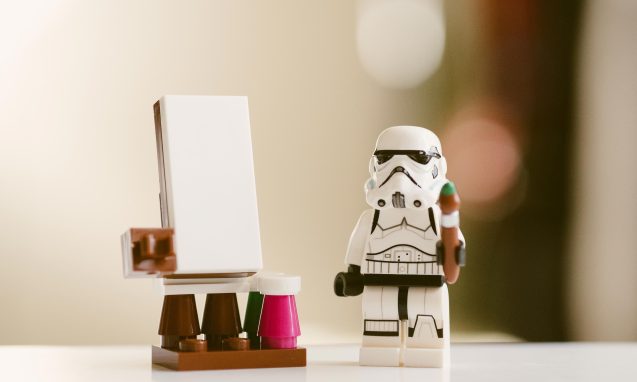 A long time ago in a galaxy far, far away….

There was at least ONE person who had not seen any of the movies in the Star Wars franchise. How I escaped this pop culture phenomenon, I’ll never know. Now that I work at a company where the movie has a cult following, it was hard to remain ignorant about the films.

In preparation for Star Wars: Rogue One’s release I sat down with some of Infomedia’s own Star Wars fans to prepare. Jimmy, Stuckey, Amber and Tyler’s enthusiasm for this film is contagious, and if you’re a fan of classic films, science fiction or special and practical effects, they wholeheartedly agree this is a space opera you don’t want to miss.

Heading out to see Star Wars Rogue One tonight for the first time? Here are their tips (but no spoilers, I promise!):

You don’t need to know the backstory or get to the theater early: Our resident experts agreed that the trilogies can be viewed as standalone films.  If this were New York, you might need to worry about crowds. But there will be plenty of showings locally, Jimmy says. Tempted to skip Episodes 1-3? Our experts said they’re useful for telling the franchise’s back story.

“There’s no need to prepare for watching the movie,” says Stuckey. “Don’t go in as a film student. Let it entertain you.”

You can skip 3D, but check it out in IMAX: Stuckey and Jimmy say 3D doesn’t really add to the enjoyment of Star Wars.

“The film’s use of practical effects make it feel more realistic for viewers, which might make seeing it on an IMAX screen [without 3D] worth it,” Amber says.

You don’t need to be Siskel or Ebert to enjoy it: Viewers might be tempted to find parallels in a band of underdogs fighting an evil Empire, or explore light vs. darkness and the hero’s epic journey or find a redemption tale in the storyline. But our experts said to merely see the films as works of art that feel familiar.

“You can relate to the people in the story. Especially with the original films, you could see yourself in at least one of the characters and relate to someone,” says Amber.

“For all the mythology and coolness of Star Wars, the films are not super deep,” Stuckey adds.

“I think that’s what’s clever,” Jimmy says. “You don’t have to do a deep dive to understand common themes  like friendship, family and hope. For me there’s a simplistic joy regarding the themes and how most of the subject matter is worn on its sleeve.”

It might inspire you: Even if you don’t walk away wanting to wield a light saber or invest in memorabilia, the film may resonate deeply with you. From the first film (and to some degree in the rest), it has featured strong female heroines. The film also has a way of igniting the imagination and connecting with audiences of all ages, from all walks of life.

“The biggest thing for me growing up as a girl watching Star Wars with my brothers was that Princess Leia wasn’t a damsel in distress, she was her own hero,” Amber says. “She had her own abilities and was a strong character regardless of gender.”

“Part of the reason I enjoy them so much is the behind-the-scenes aspect of creating worlds and characters,” says Jimmy. “People grow up wanting to be astronauts or doctors, but I wanted to grow up and do something that involved creativity. The gift it gave me is the idea of using my imagination and getting paid for it, as opposed to it being a novelty.”

“I like making things, and in our industry we’re creating and designing websites. It’s a creative field and a great outlet, and as far as the jobs we haven now, that’s the connection,” he says. “When they made Star Wars they didn’t just make a cool movie, they revolutionized how every movie after it was made.”

“They’re films for all ages and all walks of life,” Jimmy says. His father checked him out of school to see the first one.

“He told my teacher we were going to see Dr. Yoda,” he remembers. “There’s a lot of nostalgia attached to it for me. But I could watch them today and fall in love.”

What is page styling?