It’s Star Wars Day, and if you listen closely to your IT department and pay attention to your Facebook feed, you’ll be hearing a lot of “May the 4th Be with You.” 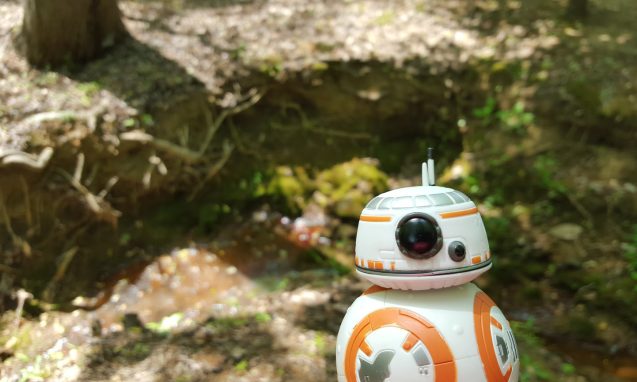 Today’s a big holiday if you’re a geek: It’s Star Wars Day, and if you listen closely to your IT department and pay attention to your Facebook feed, you’ll be seeing a lot of “May the 4th Be with You.” (Get it? It sounds like “May the Force Be with You.”)

Here at Infomedia, we all like Star Wars … but a few of us are BIG fans. So we asked the biggest Star Wars nerds in the office — Amber, Stuckey, Jimmy and Pam — why Star Wars is such a big deal.

“It breaks the mold of being science fiction and nerdy,” Stuckey says. “Even though it’s mythological at it’s core, it’s really a human story.” Jimmy agrees: “This is an enduring tale because everyone can connect with it. It’s like a fairy tale or a fable for our generation, like King Arthur.” “No matter who you are, you can find yourself someplace in Star Wars,” says Amber.

A lot of us remember playing Star Wars when we were kids — and a lot of us still play Star Wars now. Amber says, “It meant a lot to me growing up because it was something my whole family was interested in. It didn’t matter that I was a girl; there were things I could like about it more than, say, Transformers, which seemed more for my brothers. Princess Leia was a strong female character. She outshot the boys most of the time!”

“I remember being on the playground and playing Light Side versus Dark Side, fighting with imaginary light sabers and flying X-wings,” Stuckey said. “If it was your first love, it doesn’t ever leave.” That’s never more true than on May the Fourth, so we gathered a few of our favorite memorabilia pieces from around the office to share with you on Star Wars Day: 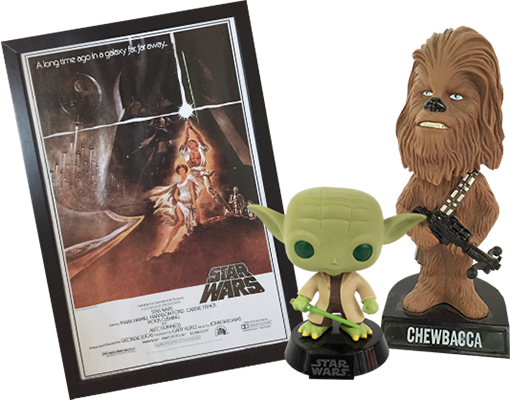 Jason loves finding creative ways to solve client problems, and he’s always looking for ways to help clients use technology to get more done while building up the bottom line. Don’t ask this guy to read the manual; he believes technology should be intuitive, and you shouldn’t need to follow directions to get it right. This belief comes in handy when he’s demanding the best user experience for our clients (not so much when putting together Ikea desks). To be happy, all Jason really needs is time with his family: wife, Shawndee, and kids Isaac, Juliette, James and Mary Rose — but a good cup of coffee and a cinnamon roll at Savage’s wouldn’t hurt.

What is a redirect?