What makes a great Halloween costume for an office party? A little planning, a little imagination, and a little bit of planning. 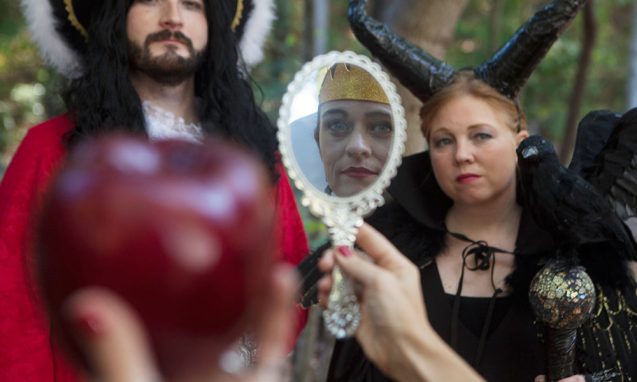 Several Infomedians participated in what has become an annual tradition by marking October 31 in costume. But it’s not just a day for them to pay homage to their favorite pop culture or fantasy icons — participants spend months planning their ensembles in secret. No plastic drugstore and plastic smock will suffice; the final products require careful thought and planning. Their DIY skills and creative interpretation might put contestants on Project Runway to shame.

Some of their top tactics for making it work?

Start early. Inspiration may strike at the 11th hour, but not if you need to source parts of your costume from Etsy, eBay or other shops— or to create an amazing special effect.
Recycle and repurpose common household goods. Pinterest, Google and a little imagination go a long way toward creating a costume. For example? A little duct tape and a discarded tube make the foundation for a wicked staff.
Team up. Choose a theme and bond with your co-workers by working together. Enlist family members to help to assemble or serve as supporting cast. (Because what would Captain Hook be without a tiny Peter Pan?)
Be ambitious. Up the ante by introducing a little friendly inter-office competition and offering a prize. And don’t forget to have a mini-photoshoot! The very talented Casey Lee was gracious enough to capture the day with his camera.
The stakes were pretty high for costuming, and the wearers of yesterday’s top three costumes stood to go home with cash, a trophy and a year of bragging rights. Family members, friends and colleagues joined the festivities by voting for their favorite Halloween costume on Infomedia’s social media channels, and a panel judged entries for the office’s grand prize contest.

Who did the judges and fans vote the fairest of them all? 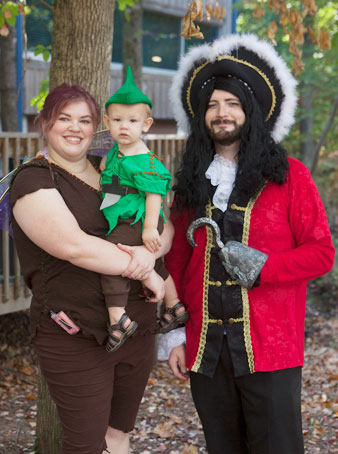