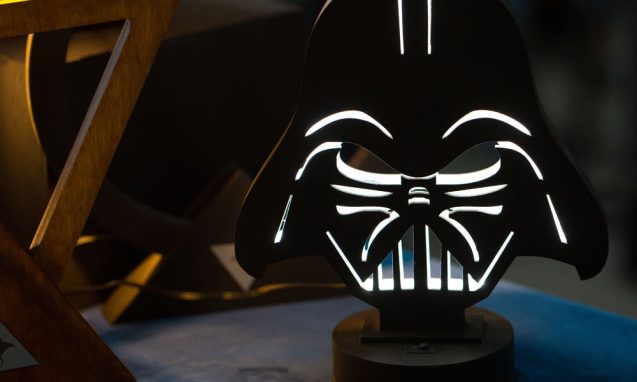 (Hey, we’re a web development company and Rogue One: A Star Wars Story launches this week. You had to see that title coming.)

Every office needs a band of peacekeepers, guardians, wise sages, rulers and a space cowboy, right? Here at Infomedia, we’ve already got our own cardboard Wookiee standing armed and ready (literally). Ahead of Star Wars: Rogue One’s release in theaters this Thursday (and with the help of in office fans Amber, Jimmy and Stuckey), we took a good look at our in-house team of ready compatriots. Who’s ready to wield the Force in order to defend your website and copy against all intruders in the internet galaxy?  If we had to recast the epic space opera with our own employees, here’s who’d make the cut:

Princess Leia Organa: Somebody has to save our skins, sometimes. When it comes to a strong, smart and brave protagonist who will do everything she can to save the day (or a Lunch & Learn), then Director of Operations Pam is the obvious choice.

Han Solo: He’s no rogue smuggler, or scoundrel–but we do think of Clay, our Director of Business Development, when we picture a charismatic, focused leader who steers business development in a changing industry’s landscape. (After all, finding new clients ain’t quite like dusting farm crops.)

Luke Skywalker: If we cast John as Obi-wan, then logic follows that Jason is the humble warrior  Luke.  But that’s not all: his never-ending sense of adventure, and willingness to take us all on an epic journey at this company are what make him the hero.

“They’re the soldiers fighting the good fight for the clients,” Jimmy agrees.

(Bold, fearless, and never backing down from a tricky client issue? Yes, that’s Michele and Katie, working tirelessly behind the scenes.)

The Jedi Council: Stuckey named Infomedia’s developers  and designers to the illustrious Jedi Council, a group of wise “protectors” who harness the Force. “We fight the internet and use the Force of code,” Stuckey points out.

“And we’re knowledgeable in the ways of the internet,” Jonathan adds.

Amber raised an interesting point, tying what our developers do to the art directors and producers behind the scenes of the movie.

“A lot of what Joy and I do, and Jimmy, is creating designs out of nothing on a blank slate,” she says. “You kind of forget when a site is built how many people worked on it. The same thing is true with the film: you forget there are so many people are behind it.”

C-3PO: This droid is described as being programmed for etiquette and protocol and fluent in more than seven million communication forms–and let’s face it, he has (arguably) the best costume.  “Infomedia’s Production Manager and Marketing Department (Carrie, Leslie, Mary Katherine and Alexis) could be C-3PO, because they’re the communicators,” Jimmy says.

Jar Jar Binks: “Jonathan is Jar Jar Binks,” according to Stuckey. “Because he’s loud and obnoxious.”

“And nobody likes him,” adds Jimmy.

To be honest though, we’d cast him as a Stormtrooper, because he’s “fanatically loyal” with a wide variety of skills, from programming to public speaking.

Obi-Wan Kenobi: “John is the guy that passes on his wisdom and has ushered in the next generation,” says Stuckey. “So he’s Obi-Wan,” the noble Jedi master.

And there you have it. Did we get it right? How would you re-cast the film using your co-workers?