We use our FitBits to track our steps, but we also use them to increase productivity — you can use FitBit alarms and other features to make life easier, not just at home but at the office too. 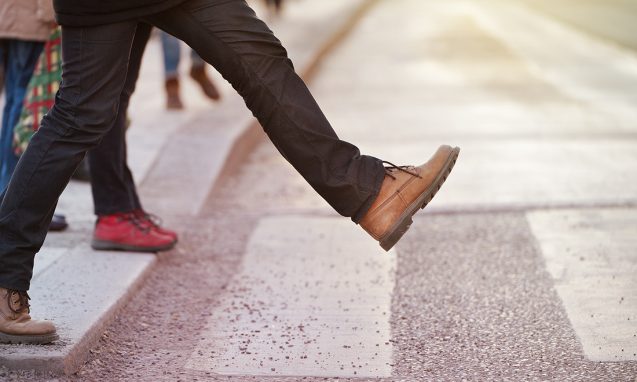 Here at Infomedia, we’re big fans of Analytics — we’re always pouring over our own Google Analytics because they help us track what’s performing well, and they let us know what’s not working so we can make changes. So I guess it’s natural that we’re obsessed with our personal Analytics as well; almost everyone at Infomedia has a calorie-counting App, a smartwatch that tracks health stats, or some kind of fitness tracker. But the most popular, and the one I have, is the FitBit.

We all know FitBit can track your steps, blah blah blah. But recently, my son lost his FitBit, and when I searched for an App that would help us find it (we used Find My FitBit and it worked like a charm), I discovered more FitBit-based Apps. That got me wondering about FitBit alternative uses I might be missing, and I discovered a lot of them.

Can You Use FitBit at Work to Improve Your Work?

I know it sounds crazy, but it’s true — you can a few FitBit Apps and FitBit hacks to make all those hours at a desk a little more fun, and even a little more productive. Here are my favorite ways to use FitBit at work:

Use FitBit Alarms to End Your Presentation on Time

Our Communications Director, Carrie, speaks at our Lunch & Learn trainings pretty often, and she’s always nervous about ending at the right time. She doesn’t like using her computer to check time because it’s running PowerPoint for the presentation, and checking a watch or cellphone during a presentation seems rude. She started setting a FitBit alarms for both the actual end of the presentation (so she knows to stop), and fifteen minutes before the presentation ends (so she knows to wrap things up).

FitBit alarms vibrate, so they don’t disturb people), and they don’t need to be physically turned off (they just vibrate a few times and then quit), so they’re perfect when you need a discrete reminder of a time limit. Carrie uses them when speaking, and I sometimes use them in meetings.

Use Your FitBit to Get Text Alerts During Meetings

Do you find yourself in meetings where you’re expecting a call or text, but you know if you’re constantly checking your phone during a meeting people will think you’re not paying attention? (Or worse, that you’re scanning your Instagram or Facebook.) A few FitBit models, including the Charge, Charge HR and Surge, let you view some incoming notifications from your phone. That means you can check important texts with a flick of your wrist instead of disturbing the entire meeting.

Use Your Tracker to Help You Sleep

Okay, you might wonder how sleeping relates to using your FitBit at work. You shouldn’t be sleeping at work, right? Well, that’s true, but most of us still get really tired at work, and coffee can only do so much. Most FitBit models have the ability to track sleep patterns, and that helps give you clues about what sleep you’re missing at night so you can fix it. Take a look at the App associated with your device and see how much sleep you are actually getting. It might not be as much as you think, and that might be affecting how alert you are at work.

Use Your Step Counter to Increase Afternoon Productivity

It sounds counterintuitive to think time away from work will actually help you work harder, but I find the opposite is true. Carrie and I share an office, and we make sure to hold each other accountable for each other’s steps. If we’ve been working at our desks for awhile, we’ll get up and take a walk outside. It’s a natural stress reliever, but it also gets our steps in for the day. We used to only go about two miles, but once we discovered how many steps that was, we felt like we could amp it up, and now we walk almost three miles a few times a week. We go on our lunch breaks, and we’re always more productive in the afternoons that we walked then when we stay at our desks and work through lunch. On busy days, we’ve changed our attitude from “We don’t have time to walk today” to “We don’t have time NOT to walk today.”

This is the definition of “healthy competition.” Competing in employee step incentive programs can help build team moral and help to keep employees healthy at the same time. (For those of you tracking budgets and ROI, that means fewer insurance claims and fewer sick days.) The prizes don’t have to be big — try competing for a prize like a free lunch or an afternoon off work. What if not everyone has a FitBit? Not a problem. You can use a service like MatchUp that connects different fitness trackers so everyone can compete in the same challenges. (Most smartphones can also track steps, so even coworkers who don’t have trackers at all have the option to participate.)

Get a Second Job — Get Paid for FitBit Steps with Pact

The Pact App lets you bet on yourself and your health goals and earn money for it. You decide on the goal you want to achieve — it can be a step goal (Pact App syncs with FitBit) or workout goal, a food-tracking goal or a veggie-eating goal. Then you choose how many days a week you want to participate, and how much money you’ll lose if you don’t meet your goal. For each Pact week that you meet your goal, you’ll earn money — but the money comes from others who didn’t meet their goals, so beware and be sure you’ll meet the goals you set! Rewards are small (somewhere between $.50 and $5.00 a week is average), but $5 a week could add up, especially if you like your Starbucks lattes or a few Jimmy Johns lunches during the week.

There are tons of ways to utilize your fitness device at work, and I’m glad I’ve discovered a few that work for us here at Infomedia … now, if I could ever get them to write up reports for me and sit in on those long meetings.

Have a use for FitBit that I forgot, or want to contact Infomedia about those Google Analytics I was talking about in the beginning? We love to chat with our clients about anything and everything — just get in touch using the form below.

Evaluating Your Website After the Holidays: Tips to Tune-Up

What is a QR code?