Of course, you don't want your site penalized by Google for duplicate content. Here's how to prevent getting blocked. 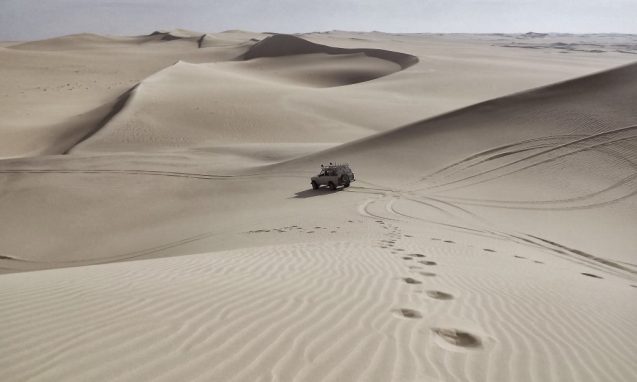 Lately, I feel like everyone’s talking about duplicate content and the effect it has on SEO — and your website. Don’t know what I mean by duplicate content? It’s pretty simple: Content that’s used on more than one site. Just one word or sentence doesn’t make duplicate content, but a paragraph or two with the same (or even very close to the same) content is considered duplicate.

Google wants you to have unique and relevant content on your website, so of course they don’t want you to copy the text from another site and publish it as your own. For years, we’ve assumed that Google frowns on duplicate content — that they might go as far as punishing your site for it, and even in the best case scenario, they won’t give you credit for the content.

They’ve hinted and talked around this for many years, but this December, Matt Cutts, Google’s head of search spam, created a video to discuss duplicate content, confirming what we thought: Google probably won’t penalize your site, but will cluster your page with other pages using that content and choose to show the page that had it first or is the most relevant.

A lot of people took a deep breath and saw this as Google saying it was ok to use duplicate content since they “most likely” will not punish your site. But I look at it differently. Staying out of trouble isn’t the only goal here — we also want to rank well for terms and products, and duplicate content prevents us from doing that. So let’s look at the two issues I see most often that result in duplicate content and talk about how to fix them.

This is super common because there are lots of sites that sell products they don’t produce or manufacture. Say you’re a site owner and you have hundreds, or even thousands, of products on your site. The product manufacturers have provided you with a database of descriptions that include the size, product number and a beautifully written description for each product. Why wouldn’t you use it? The easiest thing is to add that information directly to your site.

So what’s the problem with this?

Unfortunately, using this text means you’re up against a lot of competition: You’re competing with the manufacturer of the product who probably has that wording on their site — good luck competing with them, since they most likely had it first. Also, you’re lumped in with every other website carrying this brand, and that could mean Amazon, Walmart, Target, etc. Let’s face it, your domain probably doesn’t have as much authority and trust as theirs, and that means they’ll get the traffic.

Step 1: Consider using a longtail keyword strategy by researching the keywords people are searching for to find your product or service and then selectively using words that may have less search volume but give you a greater chance to compete. For example, a car dealer in Birmingham, Alabama, may want to be on the first page for the term “cars,” but that means they’ll be competing, not only with every other car manufacturer and powerhouses like Cars.com, but also with the 80’s band The Cars and the Disney Pixar movie Cars — and that’s too much competition. But if they optimized for “car dealership birmingham” instead of just “cars,” they’re competing in a game they can win (and these searchers are probably buyers).

Step 2:  Write new unique content and titles for your products. This can be time consuming and hard, but unfortunately, it’s a must. We have had clients tell us that it isn’t worth their time to rewrite product descriptions because they have thousands of products on their site. If that’s the case, I ask if any of the products they have listed are actually selling, and usually the answer is no. If you really want to do what it takes to sell products online, those descriptions are going to have to be rewritten.

There’s no shortcut, because you’re not going to beat the Amazons and Targets of the online world with shortcuts. However, you do have options. You could take only your top sellers, or your best 100 products, and rewrite those instead of your entire catalog. That way you’re not wasting time on filler products when you know which products are likely to sell better anyway.

Multiple URLs can look like this: http:example.com, http:www.example.com and https://example.com. Those should all redirect to the same place, but sometimes they don’t. Several years ago, this wasn’t a big deal, but as Google has continued to change its algorithm it’s become a much bigger issue.

You can do a quick check to see if this is a problem for your site by simple typing in your address one of the ways above and then doing it again the other way. If one of these address redirects to the other automatically, you’re fine. (For example, if you go to infomedia.com you will see that it redirects to www.infomedia.com.) If not, you’ll want to fix the problem.

This is a big deal because you’re splitting your link value.

If Google sees your site as two different websites, some people might link to one version and others will link to another. Since quality links to your site make up part of Google’s algorithm, you don’t want to split your links like this. And if one site’s content has been flagged as duplicate, those links aren’t working for you at all.

What’s the solution to multiple URLs?

The solution is to have one of the domains redirect to the other with a 301 Permanent Redirect. This is web geek talk, but it’s basically a way to tell the search engines to only recognize one domain and redirect all of the others ones to it. Give us a call if you’d like us to walk us through solving this problem for you.

Jerry is not afraid of a good fight. Not with other people mind you, but with your competition. He loves to help our clients get web traffic and high search engine rankings for terms that are usually dominated by big box retailers and Fortune 500 companies. This doesn't happen overnight, but when it does, it will transform your business. He is one of the pioneers (he hates that term) of Web Marketing in Alabama and is scary good in his understanding of Search Engine Optimization (SEO), pay-per-click advertising, analytics, and online user behavior. You definitely want him in your corner. See more articles from Jerry Brown

You Should Be Investing in Fresh Site Content: Here’s Why

Should I worry about cyber attacks?