Our team at Infomedia is always happy to see clients in the news, and it's even better when we can celebrate by opening an ice-cold Coca-Cola. 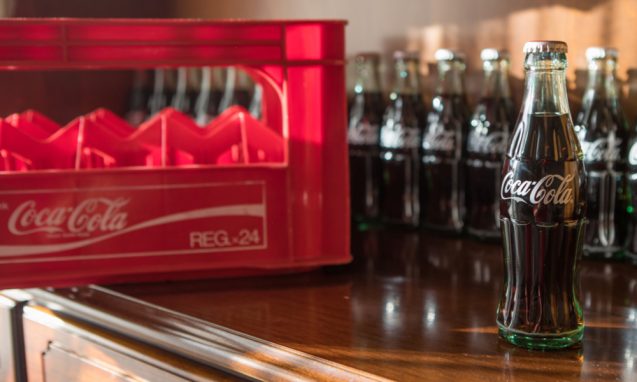 Coca-Cola UNITED has been a staple business in Birmingham since 1902 with the founding of the Birmingham Coca-Cola Bottling Company. Since then, the company has seen continued growth (more than tripling in size) and has established itself as a key part of the city, which is why we were so excited when they approached us about partnering on their website.

The company’s new website launched earlier this year, making it perfect timing for the great news: Coca-Cola UNITED’s president and CEO, John Sherman, has received the Birmingham Business Journal’s coveted “2018 Top CEO” award. Chosen for the “more than 250+ employees” category, Sherman was nominated for criteria such as strong financial performance, achieving goals, creating results and playing a key role in the success of Coca-Cola UNITED’s business and community involvement.

We’ve gotten to know the Coca-Cola UNITED team while working on their website and through continued collaborations on video and content creation, so we understand why the company’s leader was honored with the award. Just looking at their website’s core values page can give insight into how the business is run and what makes it such a success.

Here at Infomedia, we’re sure that Sherman’s winning the 2018 Top CEO award points toward even more growth and success for the business. Our congratulations to  Coca-Cola UNITED! We’ll be having a Coca-Cola toast in your honor.

Your Guide to Social Media for Business: Which Platforms Work Best for You

What do I need to check before launching my website?