Brewing in Birmingham has really grown over the past few years. Once the Free the Hops legislation passed and selling high-gravity beers in Alabama became legal, several breweries started perfecting their craft — and we're happy to say that now some of our favorite beers are brewed right here at home. 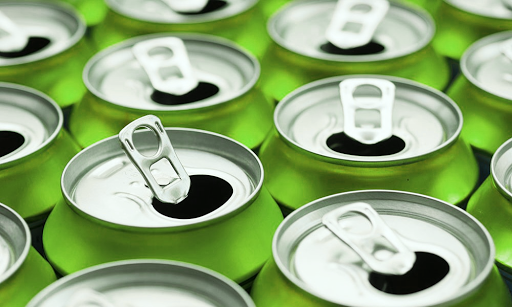 On St. Patrick’s Day, beer is serious business — so we at Infomedia decided to hold a little taste test of beers from local breweries, checking out the wide spectrum of choices available here in the Magic City. We wanted to try as many locally brewed beers as possible, but we couldn’t try everything that’s locally brewed in Birmingham — we were sampling these beers at work, after all, and there’s a limit to how many sips of beer you can responsibly take at the office.

So we made a run to Diplomat Deli and grabbed all the single cans we could, making sure to get at least one representative from Good People, Avondale, TrimTab, Cahaba and Ghost Train. We don’t pretend to have well-developed palates, and although we like beer, we’re not experts, so we downloaded this free Beer Tasting Score Card from Real Simple for inspiration. Then we got to work … and by “work,” we of course mean, “tasting great beer.”

What did we find? Birmingham brews a fantastic variety of beer. We also found that a lot of our ratings were based on personal preference (the people who don’t like IPAs rated them low, for example), and that our lunch of choice, pizza, probably benefited some beers and hurt the flavor profile of others … so take our findings with a grain of salt (or maybe a dash of hops?). Here’s what we found:

Infomedia Said: Our tasters generally liked this beer, but one taster who isn’t a fan of light ales brought the rating down a bit. Most reviews, however, were very positive. We noted the amber color, light body and fruity notes. Urban Farmer was a favorite of one reviewer, who wrote, “I like lighter beers and this one is pretty great. I like the orange flavor. I kept going back to this one.”

TrimTab IPA
Rating: 4 out of 4 Stars

Official Brewery Description: Our namesake beer, TrimTab IPA is a balanced, sessionable IPA that explores intense hop aroma and flavor without excessive bitterness. A huge amount of Pacifica hops are added in dry hop, which adds to this beer’s distinctive orange marmalade, rose petal and peppercorn character. Ripe citrus fruit aromas and flavors dominate, creating a beer that is an iconic example of TrimTab’s commitment to making expressive and complex, yet balanced craft beer. It’s an effort to answer the question, “what does it mean to be a Southern IPA?”

Infomedia Said: Most of our testers really loved the TrimTab IPA, noting the hoppy taste and slight orange flavor. Reviews ranged from “Fav!” to “If you need an introduction to IPAs, this might be a good one, a lighter IPA.” One reviewer rated it at a low two, but admitted that it was only because IPAs aren’t a personal favorite, so don’t let that scare you away.

Official Brewery Description: Avondale’s beloved Miss Fancy the Elephant’s favorite pastime was to guzzle bootleg beer and whiskey. We share Miss Fancy’s affinity for tasty brews, which is why we were inspired to add a twist to one of our favorites. The ale is surprisingly light bodied for its robust flavor and has all the chocolate and roasted nut flavors you would expect in a porter but with a special vanilla twist at the end. We use the world’s finest hand selected vanilla beans from the bourbon.

Infomedia Said: Reviewers who are fans of stouts really enjoyed this dark and malty porter. One commented, “It’s very dark. Very bitter. Smells like malt coffee oatmeal stout.” Another reviewer said, “It’s dark and creamy like a good coffee. It’s a good breakfast beer.” (For the record, Infomedia does not endorse beer for breakfast.)

Official Brewery Description: Oka Uba comes from the indigenous name for the Cahaba River. Cahaba means “water above,” and the river is a component of our local watershed. The IPA is loaded up with Columbus hops at the end of the boil and then dry hopped for great flavor and aroma.

Infomedia Said: Reviews on this beer described it as medium-bodied and hoppy, but while some described it as fruity and sweet, others declared it earthy and bitter. “IPA!” one reviewer excitedly (and accurately) proclaimed. “Not too strong; pretty smooth” was the general consensus.

Official Brewery Description: Ghost Train Craft Lager is our crisp and refreshing interpretation of an American Lager. Lightly hopped with traditional German hops, but full of flavor that you expect from a hand crafted beer. We suggest trying it with a squeeze of lime

Infomedia Said: Our reviewers found this golden beer sweet and fruity, but overall light-bodied. “Very college days reminiscient. It’s a de-liteful LITE beer,” said one reviewer, while another wrote, “Someone snuck in a light beer! I’m not complaining; it’s smooth. Refreshing after a meal of a beer.” (Infomedia does not endorse substituting beer for a meal.)

Official Brewery Description: Sweet without being cloying, our Brown Ale delivers a hint of nuttiness that plays nicely with a healthy dose of hops. The mildest offering in our lineup, this classic brew hits the spot every time.

Infomedia Said: Our reviewers hit the mark on this beer, describing it as brown, malty, and full-bodied almost across the board. One reviewer declared it his favorite brown ale, while another one declared with pride: “This is the Good People Brown Ale isn’t it?!”

Official Brewery Description: Our American Blonde Ale is brewed with an unmistakable blend of European malts and hops, resulting in a crisp, clean finish. This beer pairs well with warm Alabama summer days and has become a local favorite for the pool, beach, or a lazy afternoon floating down the Cahaba River.

Infomedia Said: Our reviewers found this blonde ale golden, sweet and light-bodied. One poetic reviewer said it “tastes like spring” and described it as “refreshing, like a good run in cold weather.” Another wrote, “I like this a lot. Very fruity and delish.”

Official Brewery Description: Pillar to Post was the first beer that was brewed at TrimTab, on New Years Day 2014. With an average brewday clocking in at around 15 hours, Pillar to Post is the most demanding beer to brew in our portfolio. It is a celebration of specialty grains. Seven different malts are employed with toasted flaked rye and rye malt standing at the forefront. Those malts provide a spicy, earthy, and decidedly biscuity flavor that is balanced against chocolate malt, midnight wheat and crisp citrus hop notes.

Infomedia Said: One reviewer found it sweet and full-bodied, while another was less than impressed. All felt this beer would be best paired with something other than pizza.

Official Brewery Description: The Mill City White is our version of a traditional Beligan style Witbier. This refreshingly crisp wheat ale is brewed with fresh cracked Coriander and Curacao. It is hopped with Sorachi Ace to add a touch of lemon zest and conditioned with a generous amount of Valencia orange peels to add a robust orange finish.

Infomedia Said: Our reviewers found this beer golden and fruity across the board. One wrote she found it “a better blend between bitter and sweet” than the other beers she tasted. Another wrote, “I used this to wash down apple pie. Great pairing! Be jealous.”

Infomedia Said: The IPA fans in our group loved the copper color and the hoppy, medium-bodied character of this Good People standard, but the hops turned off some of our reviewers. “I don’t think I like it,” one reviewer wrote, “but I don’t have a developed palate,” she admitted.

Official Brewery Description: This is our take on a classic dry Irish Stout. Full of roasted and flaked barley, this seasonal classic will definitely get you in the mood for St. Patrick’s Day. Although we only brew this beer a few times a year, our Irish Stout will please all your senses.

Infomedia Said: Our favorite of the bunch, many of us were surprised by how much we enjoyed this Irish stout. We described it as malty, roasty, sweet and full-bodied. “A nice late-winter beer,” one reviewer wrote, while another simply said, “Mmmmm coffee.”

And the Winner Is …

Appropriately enough for St. Patrick’s Day, Cahaba Rye Irish Stout had the highest rating in our taste test. It’s a seasonal beer, and it’s peak (and namesake) season is right now, so it’s a perfect day to try it out! But the real winners of our Birmingham beer tasting? We are, obviously. We had a lot of fun, and we discovered some great beers from around the Magic City.

How do I prepare for headshots?