Birmingham-connected John Green is an advocate for social change, a popular YouTube star ... and the author at the top of the list of Banned Books of 2016. 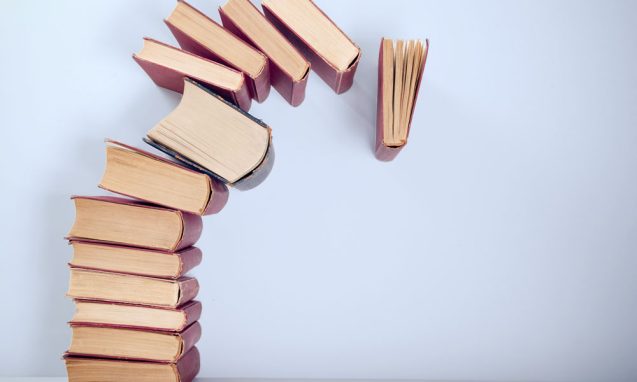 It’s Banned Books Week, and that has me thinking about the internet. (I know, that sounds weird, but bear with me.) The internet is not, as some book lovers and luddites believe, the enemy of books. Books are great because they’re a conduit for knowledge about different ideas and empathy about different people. Historically, they’re a way that freedom has seeped into cultures that have been strangled by oppression. In the past few years, we’ve seen that the Internet can do the same thing — free information is a powerful thing.

Nobody knows that better than John Green. He’s an advocate for social change, a popular YouTube star … and he also happens to the author at the top of the list of Banned Books of 2016. John’s banned book is called Looking for Alaska. It’s a coming-of-age story about a boy and a girl he has a crush on who go to a private high school where they’re surrounded by great books and teachers. (Fun fact: The high school that John went to and that the book is based on is Indian Springs, right here in Shelby County near Birmingham, Alabama.)

Oppressive governments are scared of books that open our minds to new ideas and the wider world. And they should be, because it’s words like these that built a country like ours, a country where freedom of speech is real. Sometimes this speech is communicated through traditional paper-and-ink books, and sometimes it’s communicated through the internet, which even the most oppressive governments have a hard time blocking completely.

John Green uses the internet to disseminate his “dangerous” idea that teens are capable of handling real-life issues and intelligent enough to grapple with not only emotionally difficult topics but also scientifically sensitive and intellectually difficult topics as well. That’s why he and his brother, Hank, started a kind of online library of free information. They even offer free CrashCourse classes where you can listen to an expert give a lecture on a particular topic for free.

Among those lectures are several on banned books — classics like To Kill a Mockingbird, Lord of the Flies and Huck Finn, books that have been banned in certain classrooms for decades, and other banned titles like Sula, Slaughterhouse Five, Their Eyes Were Watching God and 100 Years of Solitude. That’s right — you can take classes of banned books by the author of this year’s number one most banned book (if that’s not meta, I don’t know what is).

So if you’re wondering what all the fuss is about and why these books are banned, head on over to CrashCourse and John will tell you himself. And there’s also the option of actually reading them — it’s very easy to get our hands on most of the books on the banned books list (the library or a local bookstore can help you get started), and Banned Books Week is about encouraging people to use that freedom.