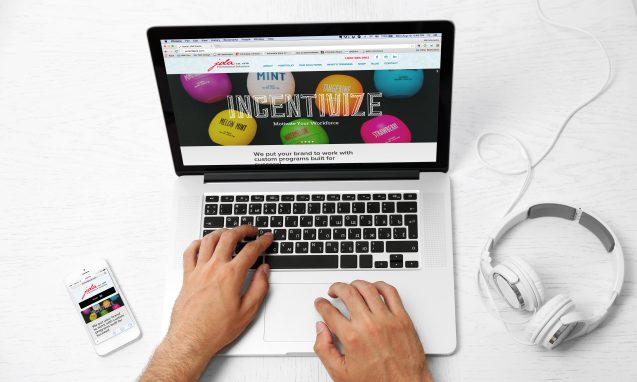 Mobile Apps used to be the solution to everything. As more and more people began to do their Internet browsing on a phone instead of on a desktop computer, Mobile Apps — a different version of your website designed specifically for use on a phone — used to be a great problem solver. They made things faster, they gave you the information you were looking for (you hoped), and they stored data on your device instead of relying on network speeds to store your data on the Internet. But as it turns out, Mobile Apps had some issues: They were a whole different vehicle for viewing your site, which meant the design was different, the content might be different, and even the images could be different — so oftentimes they left the user who’d previously visited the desktop version of your website wondering if they had actually landed on the right page on their mobile device in the first place. You’re probably starting to notice the flaws in this system now, and that’s why Mobile Apps that are simply versions of their desktop counterparts have become outdated technology within the past five years.

So, what’s the answer for making your website mobile-friendly? It’s not a Mobile App — it’s Responsive Design. Responsive Design takes your website and all of its current design, places it within a fluid-grid system which defines certain break points, and creates a mobile-friendly application version of your website. The design here stays the same, the content stays the same, and the images stay the same. Your website adjusts to the screen size that you’re viewing it on by stacking content and moving it around so that everything is still there, but just in a different shape. Think play-doh. If you have a block of play-doh rolled out onto a table which would signify a large screen size (desktop) and then you stuff it back in its can which is a smaller container (mobile), you want it to still be play-doh. You wouldn’t want it to be play-doh on the table but modeling clay in its container the same as you wouldn’t a desktop version of your site and a Mobile App for your smart phone.

Technology changes and updates about as often as we change clothes, so as you can imagine, there’s something new out there as soon as you get all nice and comfy with the most recent technology that’s come out. First there were smart phones, and then there were Mobile Apps to use on your smart phones intended to complement your actual websites, and now the bright and shiny new penny is Responsive Design. Whew.

So you might be wondering — is this just a new fad, or should you really convert your website to Responsive Design? Well, we’re saying you definitely should convert. For one, Google said so and they’re the big guns; if you want to show up in search results, it’s best to do what Google says. But even if they didn’t require Responsive Design, it’s a good idea anyway, because it gives you the flexibility your site needs to hang with the next technology upgrade … at least for a while. Responsive Design is more likely to have staying power because it already responds to changes — that’s part of the technology. (We can’t promise a lifetime, though. Hey, it’s still the Internet.)

We CAN promise that Responsive Design will get you this:

So, the moral of the story is this: While Mobile Apps were super gnarly and the hippest of all hip things in 2011, mobile-friendly web Apps (a.k.a. Responsive Design) are where it’s at in 2015 and beyond.