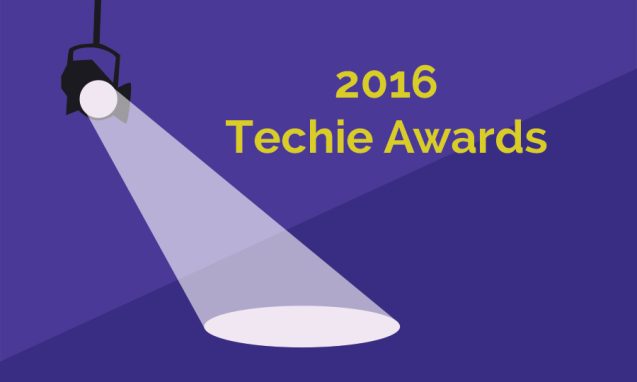 Award show season is upon us! The Golden Globes were last weekend, the Grammys are on Feb 15th, the Academy Awards debut at the end of February on the 28th, and Birmingham’s local award show, the Addys, are just around the corner on February 26th. Without any mention of another awarding of an Alabama National Championship, we thought we would create a little award “blogshow” nomination of our own. We’ve chosen categories, picked nominees, awarded the winners, and now we’re here with the official list!

We’ll admit it. Google is pretttttyyy good at what they do, but we’re extra convinced that Google hit the nail on the head when it comes to web browsers. Chrome takes the cake with usability, interface, developer tools, extensions, design, logged-in browsing, and the built-in ability to project your screen onto a tv with Chromecast. Seriously, what more could you ask for when surfing the net? We tried to be unbiased on this one, but we just couldn’t stand the thought of giving away an award to a browser like IE or something. Nope.

It’s true that we develop all of our sites in WordPress and swear by it, but if we didn’t think it deserved an award, we wouldn’t be building your digital storefronts and billboards with it. We want our clients to have the absolute best. For most, the best means a site that we don’t have to hold your hands to manage and a site that gives you what you need to update content, create pages, and share media without getting out the instruction manual. Most importantly, we want to give you a site that is sturdy enough to not shatter into a zillion pieces if one wrong step is taken. So, hands down, WordPress is going home with this one. Every time.

Can I get an amen on the fact that a hot and fresh delivery pizza is the best thing since sliced bread? While this still holds true, we think we’ve found the next best thing…Shipt. We know you’ve been right in the middle of cooking and realize you’ve forgotten an ingredient, but you can’t leave the kids at home to run out to get what you need? Or what about those cold nights that you are already in your pajamas and you realize you’re starving but your pantry is empty and you’re in no mood to get dressed and go to the store? Shipt solves both of these with the option of on-demand groceries delivered straight to your front door. It almost seems too good to be true, but until we find out it is (which isn’t going to happen) we’re giving it bragging rights and that glittery gold for the best new app of the year!

Is anyone seriously surprised by this? While the younger generation refuses to be a part and clings to apps like Snapchat, millennials, baby boomers, and even the grandfolk have taken up Facebook and seemingly can’t go a whole day without telling us what they ate for breakfast or using their profile as a platform for their political and cultural views. We realize it can get a little silly sometimes, but the aspect that drove home the gold for us here was that Facebook is a powerful, powerful tool for business. Not to mention, its usability is way higher than other business-centered apps like LinkedIn.

With your business profile, you can post informative blogs, share hosted events coming up, emphasize culture, display recent work through case studies, highlight awesome clients, etc. Your updates show on your friends’ newsfeeds and shares and likes go through the roof if you’ve got a good thing going on. However, don’t get discouraged if you’re not seeing the numbers you want. Reputations take time, and so does building your credibility on the social interwebs. Overall, Facebook is still killin’ it for website traffic and times spent on a social platform.

Apple Watch may not be as hot off the press as some others like little baby BB-8, but we would argue that it has finally picked up by consumers in the way it was intended to in the most recent months. We’ve noticed more and more folks around Infomedia and everywhere else staring at their wrists every few minutes and only paying half attention to the actual verbal conversation happening real time. We all know that the work emails and the Google chats never cease, and the texts and calls and whatever other app notifications you have synced up to that thing….well they might as well just go ahead and call it a wrist massager with all of the vibrations going off.

But really. It’s awesome. It has the potential to keep you on top of things, keep you extra informed, and keep you looking pretty stylish in the mean time. Added style AND added productivity. We approve. Apple wins again.

You would be amazed at the tunes you hear seeping out of headphones and earbuds throughout the day at Infomedia. We’ve heard everything from Queen to Kings of Leon, techno to twangy country, and classical to the all encompassing Adele. But no matter what musical mood you’re in, Hans Zimmer radio provides that no lyric, no distraction soundtrack to your workday that makes you feel like you just solved a mystery or just walked a plank on a pirate ship. Your blood stays pumping, and you stay on the edge of your seat. I’m honestly surprised managers don’t have this wired into the overhead speakers so you don’t have a choice BUT to listen to it.

So there you have it. Thanks for coming out to the 1st annual Infomedia Techies where the top of tech goes for gold!

What is a theme?